Bombaroom AR - Bring the battle into your living room

Okay, by ‘shake’ we mean ‘blow up’. Bombaroom AR enables you to fight epic battles on the rug, sofa or anywhere else you fancy.

It’s all thanks to Augmented Reality (AR), which puts computer-generated things – in this case, cannons and targets – over real-time imagery from your device’s camera, enabling you to shoot cartoon cannonballs at your sofa or lob munitions around the lawn. 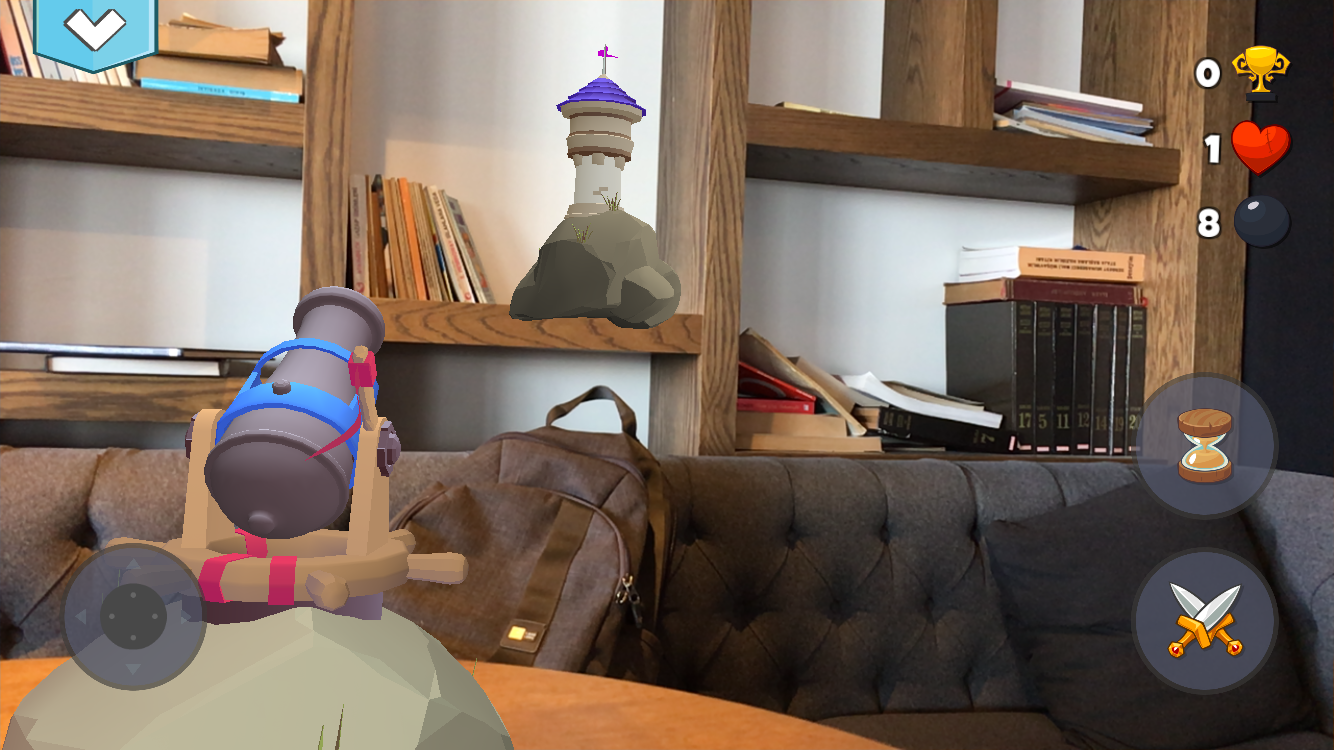 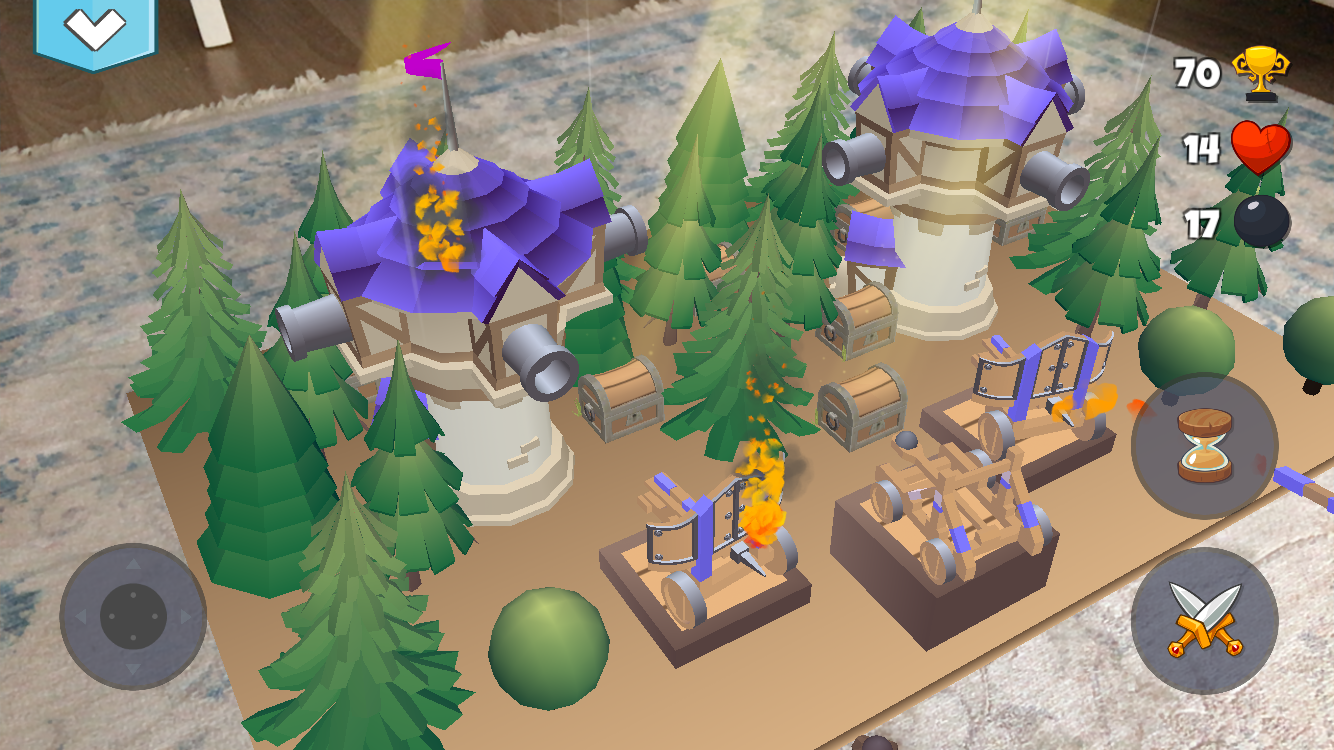 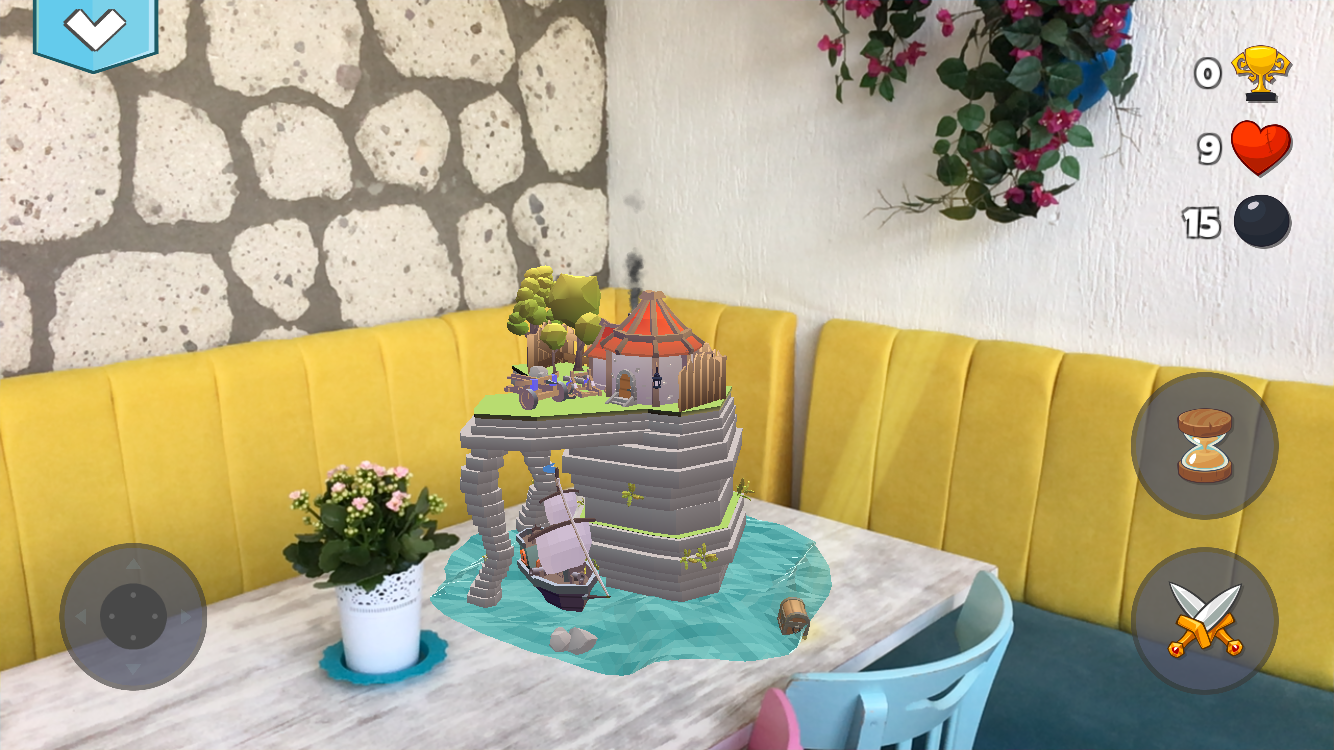 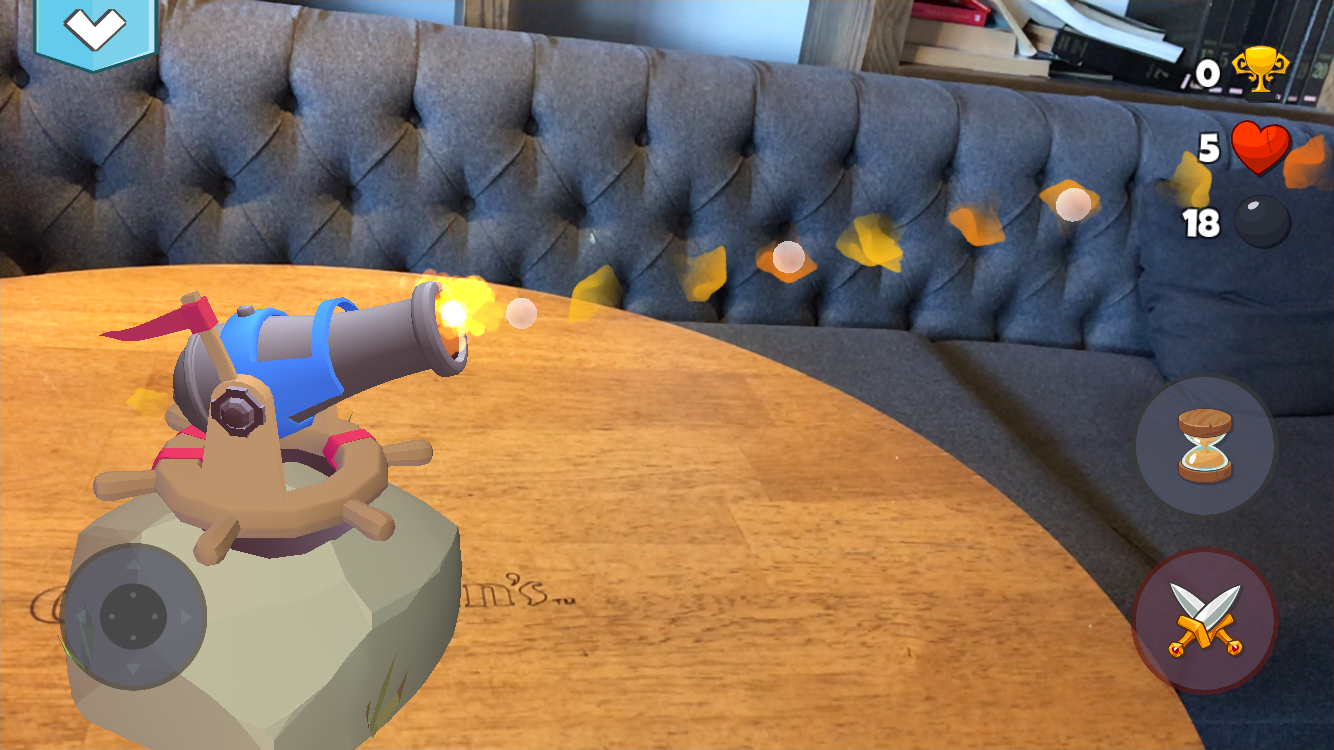 It starts simply with a cannon and a single target. But that’s just to get you used to the controls – before long you’ll be trying to blow up pirate ships and castles.

It’s particularly amusing when people are walking past, completely unaware of the carnage taking place just a few feet away, or when you manage to place your enemy on something impractical such as a wobbly hedge.

Bombaroom is about aiming and getting the right amount of power behind your shot, and that means it’s both easy to pick up and hard to get really good at.

It’s a great way to mix a little destructive pleasure into your reality – just don’t worry too much about that castle that’s sprouted up in your kitchen.